Bitcoin mining with natural gas is a hot topic, but have you ever heard about mining bitcoin with gases from organic, decomposing agricultural matter?

On the other side of natural gas mining, some innovative miners are using gases from decomposing organic matter like cow and pig shit. Yes, you read that correctly—there are miners who are capturing gas from livestock crap to power mining rigs.

Still, they are a great example of mining innovation and how miners will find cheap energy in the strangest of places.

One Venezuelan entrepreneur in Mexico, however, is using this model to bootstrap an off-grid mining farm that is powered 100% on agricultural waste with pig manure and decaying vegetation.

Bitcoin Mining With Manure: How it Started

In his hometown in Venezuela, Ricardo Carmona grew into his career as a professional in the natural gas industry, helping companies to develop gas stations for the country with the biggest proven oil reserves in the world (larger even than Saudi Arabia). But with the current economic and political situation in the country, it's no secret that Venezuelan's hyperinflation means that black market there is thriving, and not only for US dollars—consumable like diapers, milk and shampoo are all bought as a way to hedge the value of their local currency, the bolivar.

This economic decline presents a dark contrast that overshadows what used to be one of Latin America's most powerful countries.

This economic decline is why Ricardo found Bitcoin, first as an experiment to buy Amazon Gift Cards, and then to hedge 90% of his wage into a currency that is gaining market value and not depreciating like the bolivar. A light bulb went off in his head when he realized that he can use his expertise with natural gas to mine bitcoin, and that is why he traveled to Mexico to design and build top-notch gas stations.

He also struck up a partnership with a local farmer who can provide up to 1 MW/h of power from...(wait for it)... pig manure!

Bitcoin Mining With Manure: How it's Going

Ricardo found a partner that owns a pig farm and set about making electricity out of this overabundance of organic waste with a biomass digester. He hoped the project could be plugged right onto the national power grid as part of Mexico's energy mix, but the current regulatory environment and legislation in place presents the project with too many obstacles. He wouldn't make enough revenue after complying with all of the regulations. But then Ricardo had a different vision: what if he turned the pig crap into hash—hashpower, that is.

With this vision in mind, Ricardo set about building a mining operation powered by pig manure.

Biomining, as the project is called, is still in the building phase. Ricardo and his team are designing the mining containers to recycle the heat generated by the miners to heat the biodigester to break down additional biomass.

Biomining is advertising their venture as a "carbon negative" operation, because the methane they are burning for fuel would otherwise be off-gassed straight into the atmosphere. Carbon neutral mining is something of a new trend in the industry (usually achieved on paper by buying carbon credits / offsets) to show that this industry is not only profitable but eco-friendly—it's a way to tackle the narrative that says bitcoin mining is bad for the environment.

Luxor has been helping this project take shape. Between pooling hashrate to find blocks, managing energy flows, and navigating tax laws, there are many pieces to the mining puzzle; additionally, there is the trouble with sourcing ASICs, since mining rigs prices fluctuate frequently, and ASIC acquisition price can impact a miner's bottom line. Luxor thrives on innovation and is always ready to support business models and energy generation methods which add value to the already disruptive Bitcoin network. 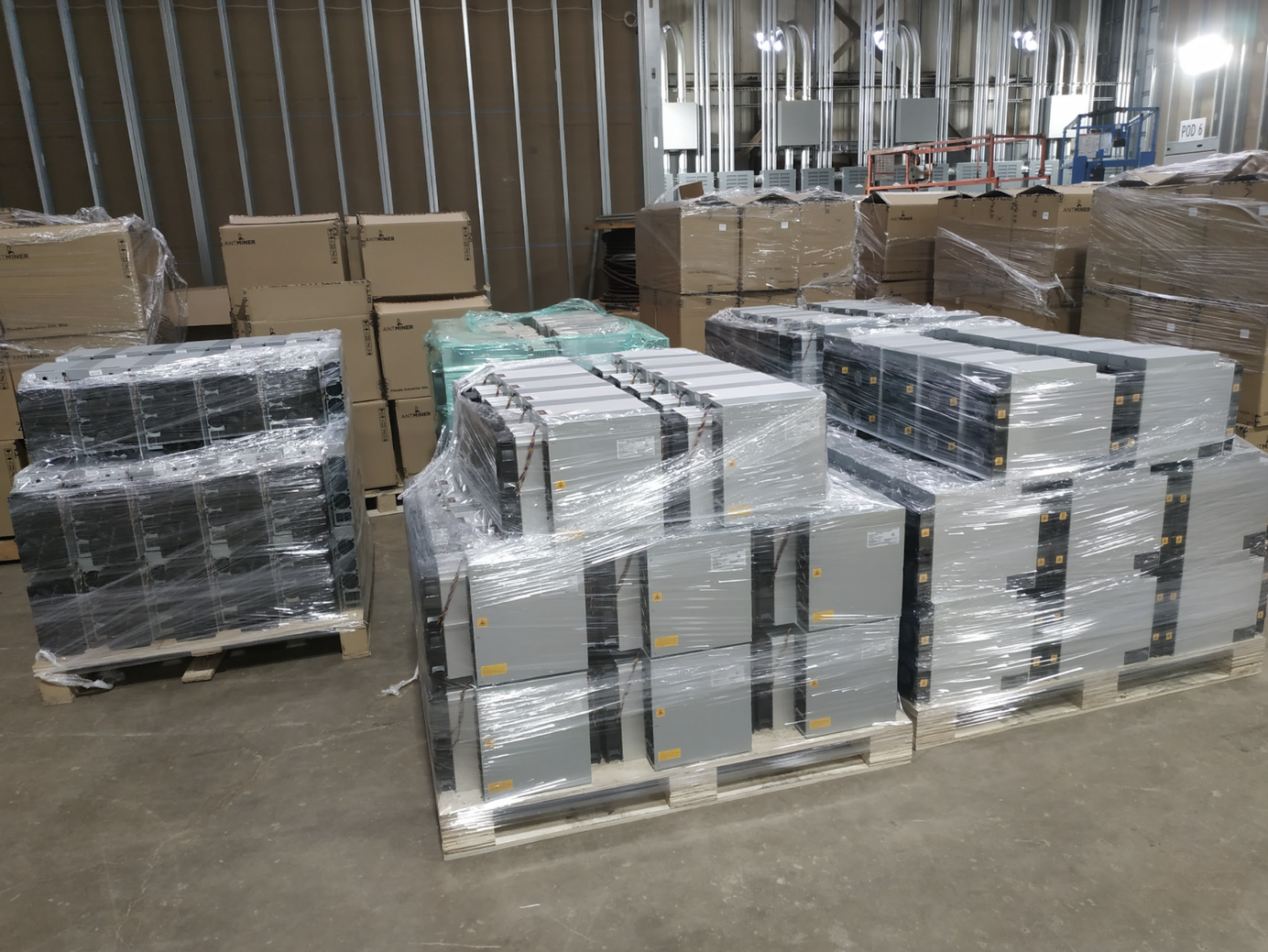